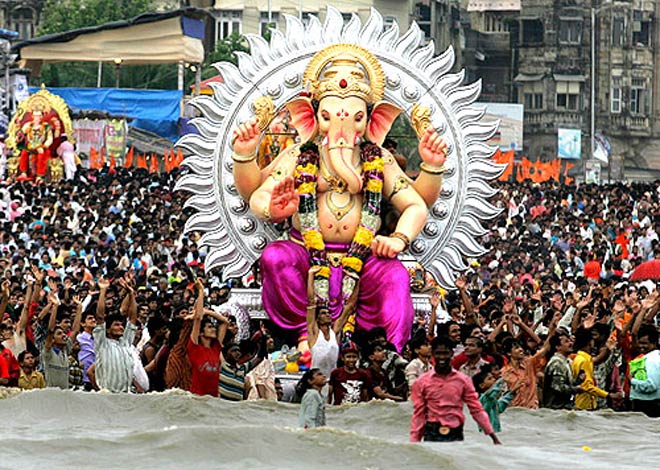 This article covers celebrating Ganesh Chaturthi and the importance and reason behind immersing them after 10 days of worship. This article also contains the history behind Ganesh’s immersing. India’s collection of religious festivals. All the festivals are celebrated with much fanfare. One of them is Ganesh Chaturthi. People look forward to this day every year.

On the day of Ganesh Chaturthi, people established Ganapati Ji in their homes, and on the day they also take was vowed to worship Ganapati Ji in their house for how many days. Worship with all their heart, do bhajan and kirtan, and shout out loud Ganpati Ji matras. “ Om Gam Ganpataye Namah” , “Ganpati Bappa morya.. Mangal Murti Morya”

People from society or family members participate in Aarti together in the morning and evening during the stand days there is an atmosphere of happiness all around in every city and society.

Another specialty of this festival is that with the same enthusiasm with which people established Ganapati Ji in their home they immerse Ganapati Ji in the same enthusiasm. People celebrate these 10 days like a whole festival, dance, sing, prepare various delicacies and bring the bug to Ganpati Ji. As long as Ganpati Ji stays at home, he is never kept alone every moment someone or other is sitting in his presence.

People chant these mantras while sitting in the presence of Ganpati ji. Ganesha’s greatness, everyone praises in their own way, someone sings a hymn, someone sings a religious song and someone chants Ganapati’s mantra
“ Om Gam Ganpataye Namah”
“Ganapati Bappa morya …Mangal Murti morya” 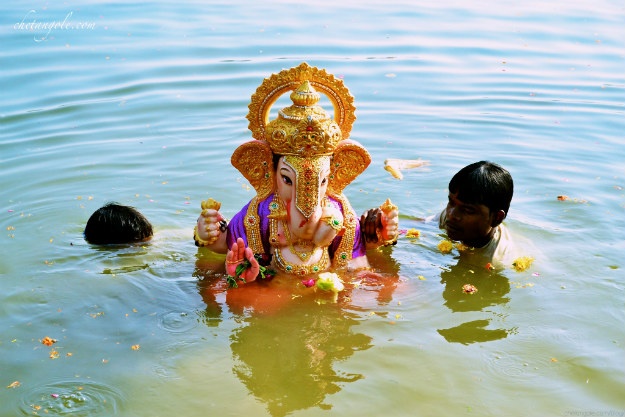 The practice of immersing in the idol of Ganesha has been going on for many years. Today we will talk about the story behind the Ganesh immersion.
According to mythology, Sri Ved Vyasa narrated the story of Mahabharata to Lord Shri Ganesha Ji. Which was written by Shri Ganesha Ji with his own hands. The day that Ved Vyas Ji started this story is Ganesh Chaturthi. This day is known as Ganesh Chaturthi.

It is said also that to reduce the body temperature of Ganesh Ji, Ved Vyas Ji applied chromatic clay on Ganesha’s body so that the temperature does not rise further. But it didn’t make any difference. The high temperature also dried up the soil. Due to this Ganesh’s body became stiff. Then Vedvyas ji took him in water to remove the applied clay and to cool the body temperature.

This is the day of “Anant Chaturthi”. From that day the practice of immersing Ganesha began.
On this day, people immerse Ganesh Ji with great enthusiasm and wish him to come back next year to their home and apologize for mistakes and pray for families’ will being.

Immerse of Ganapati Ji with keeping all these things in mind. With lots of happiness. And with good thoughts in mind, go to make the idol of Ganpati Ji flow in the water. Wish yourself and the whole world well and worship with a sincere heart so that you can reap the rewards.

Q. When is Ganesh Chaturthi celebrated?.

Q. When Ganpati immersion is done?

Q Who wrote the Mahabharata?.